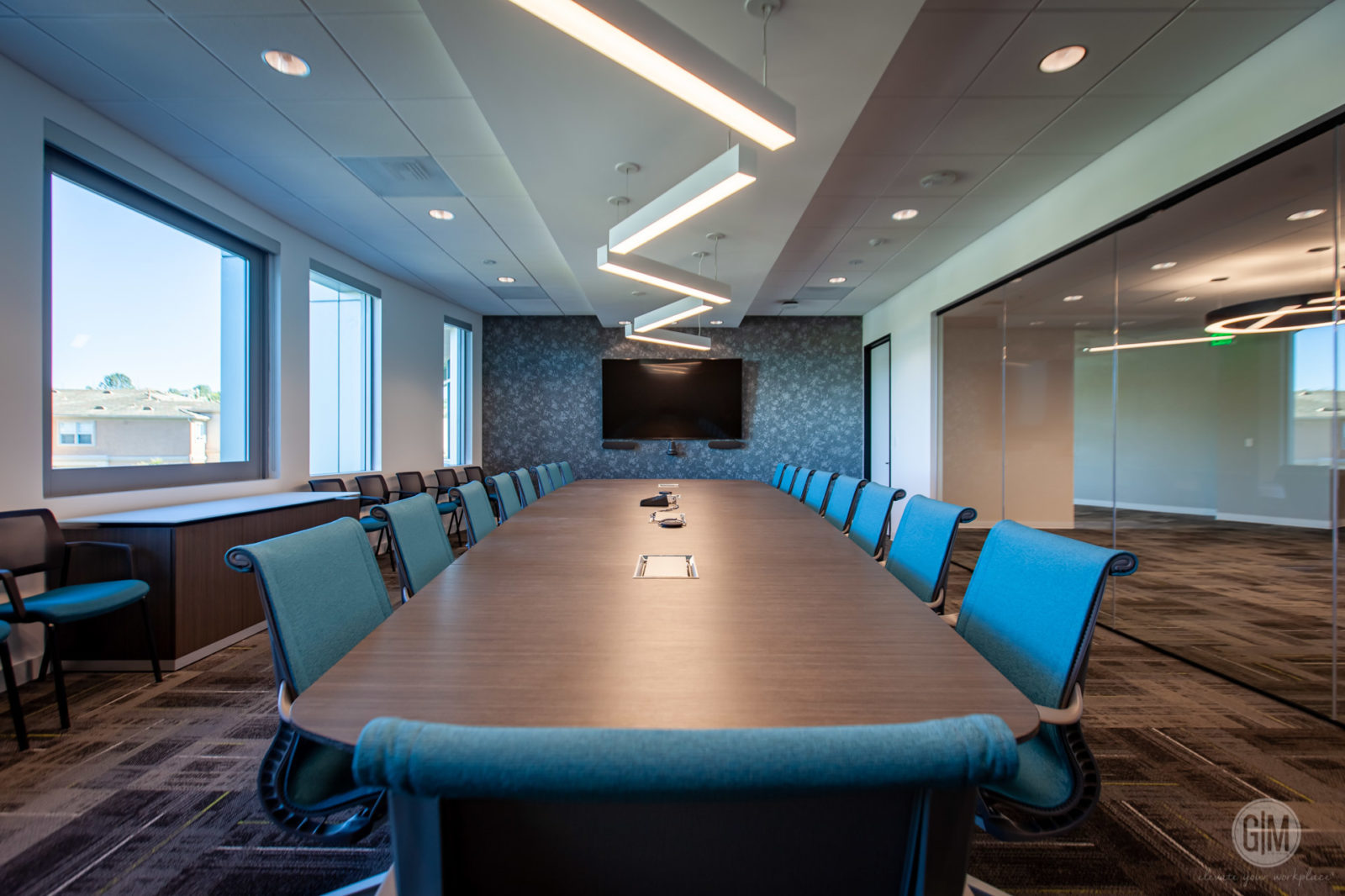 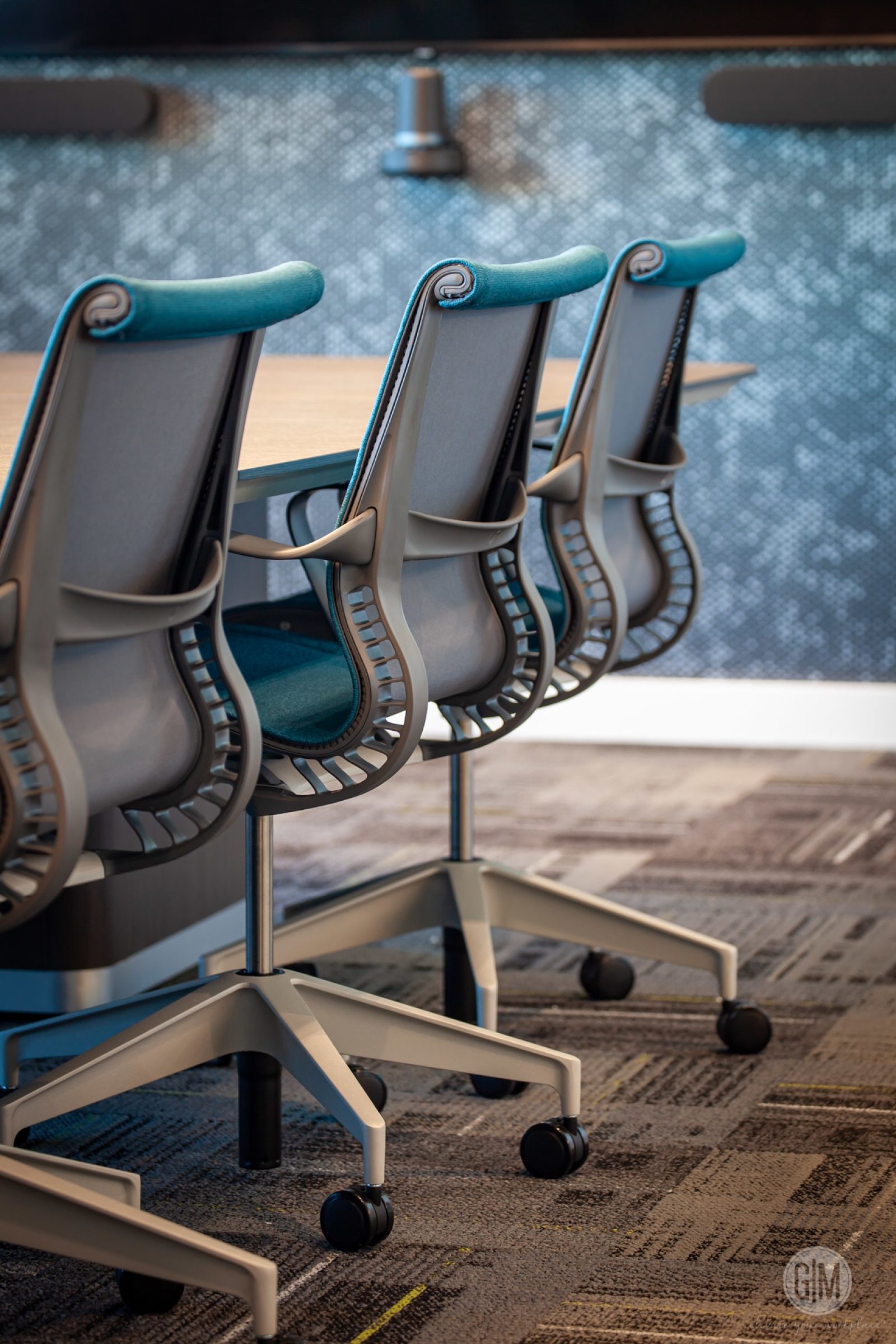 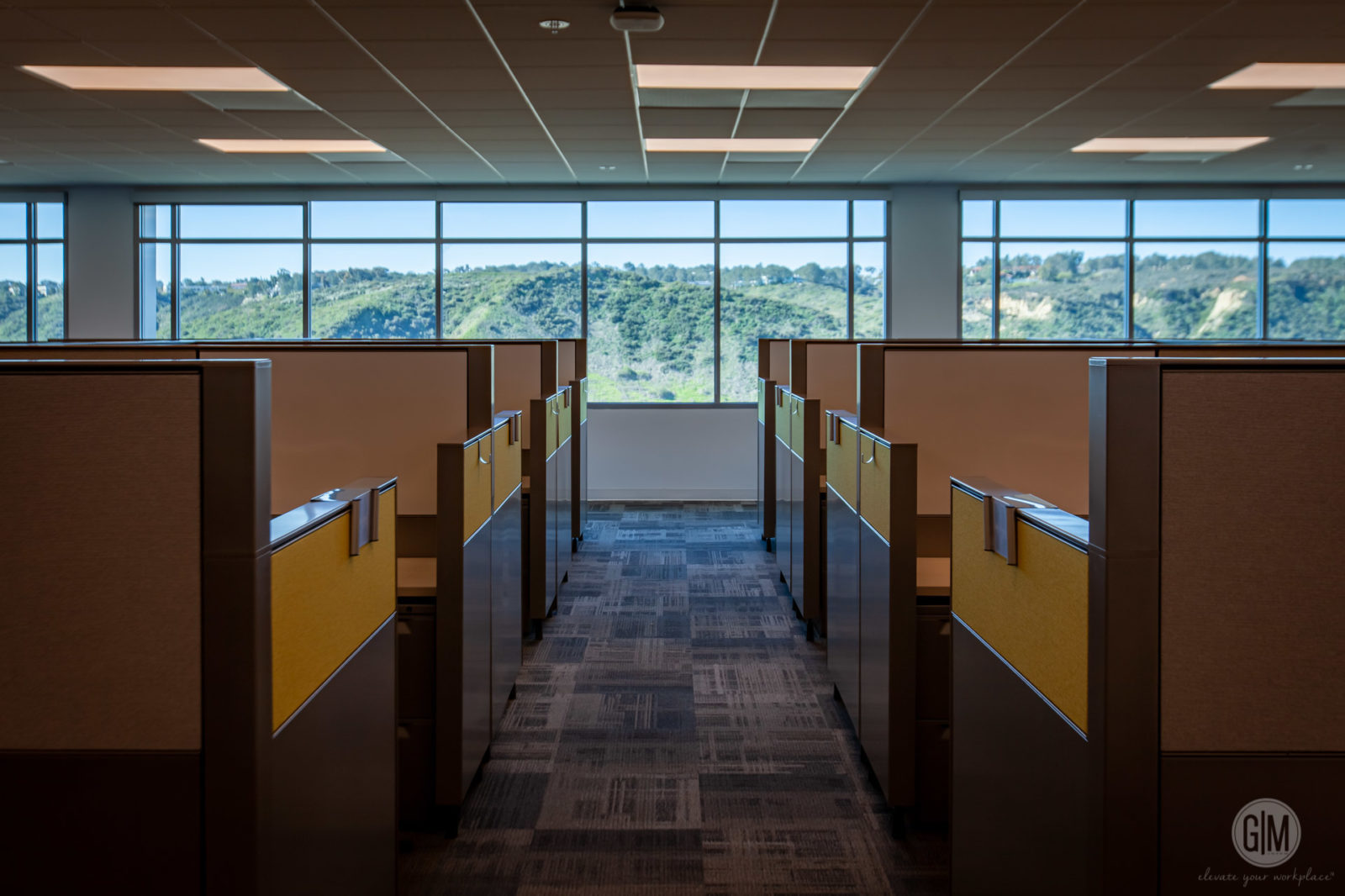 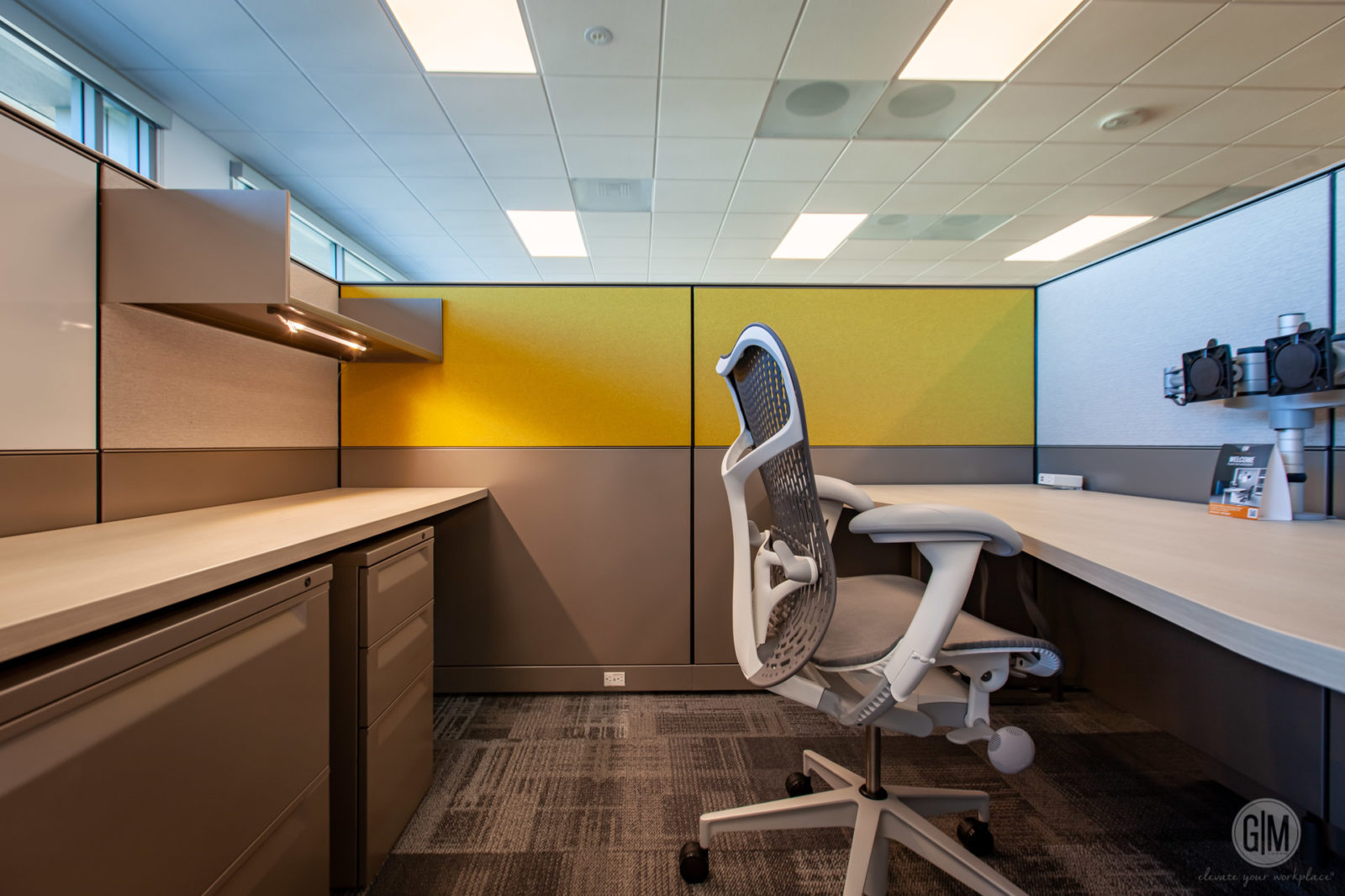 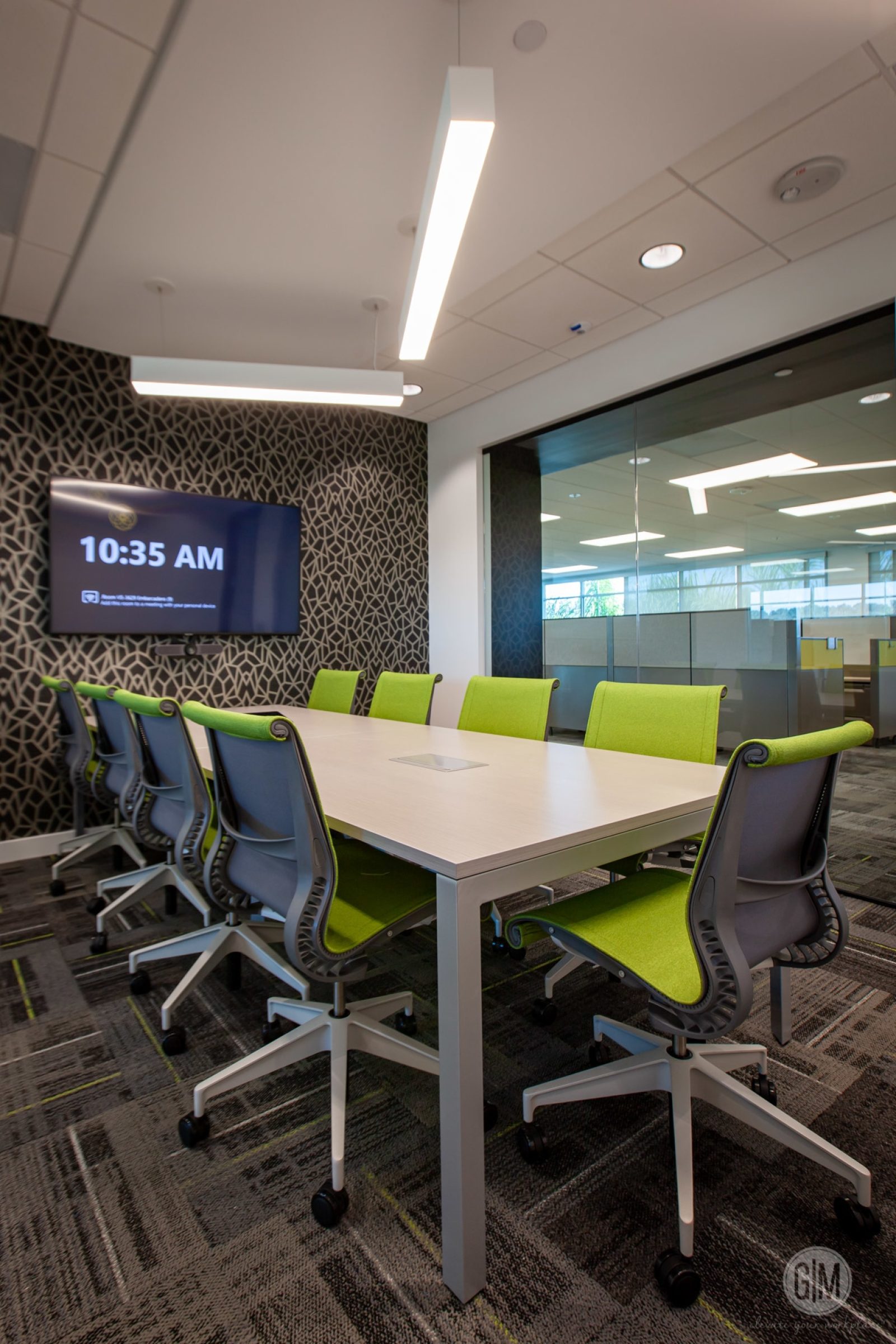 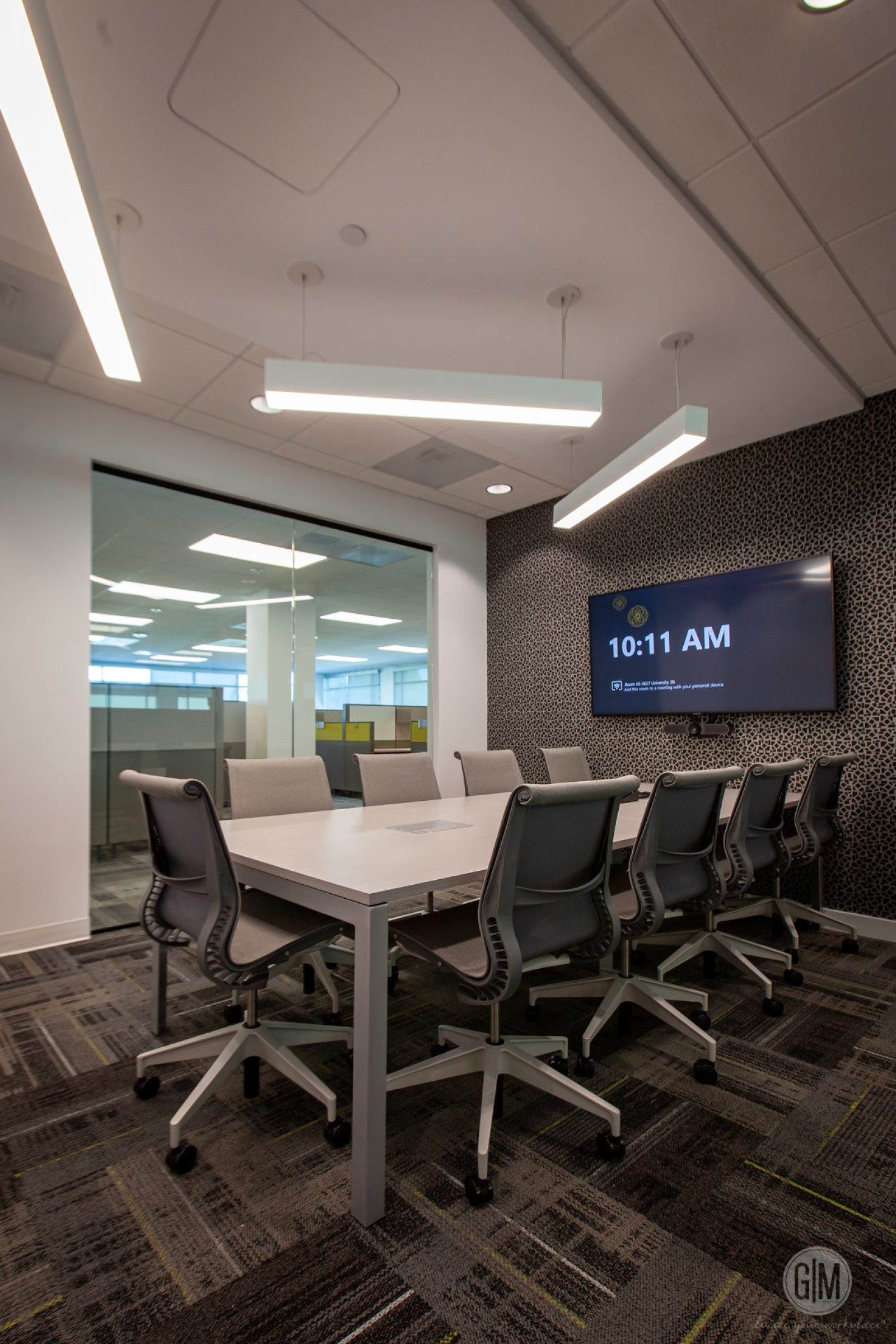 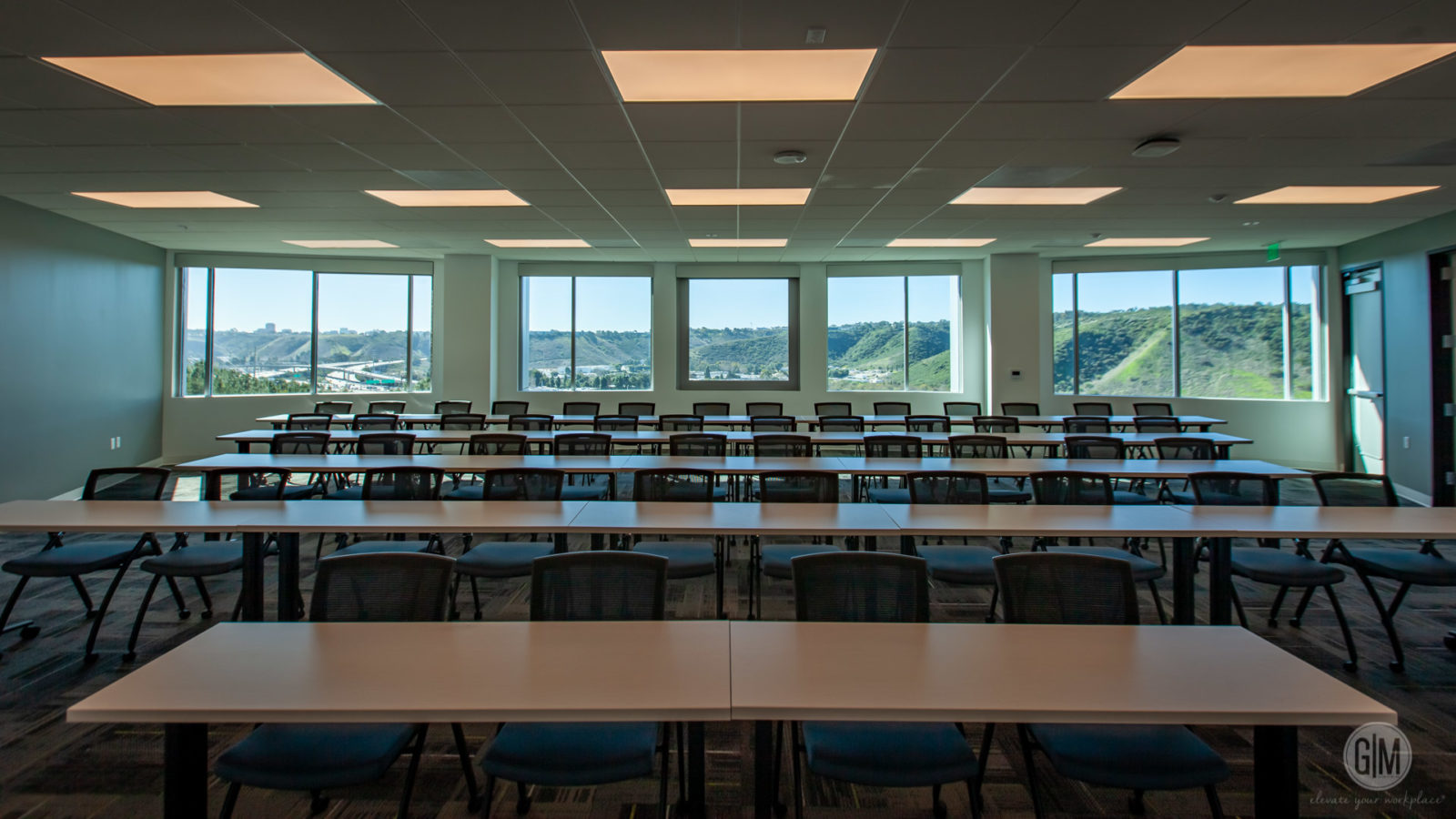 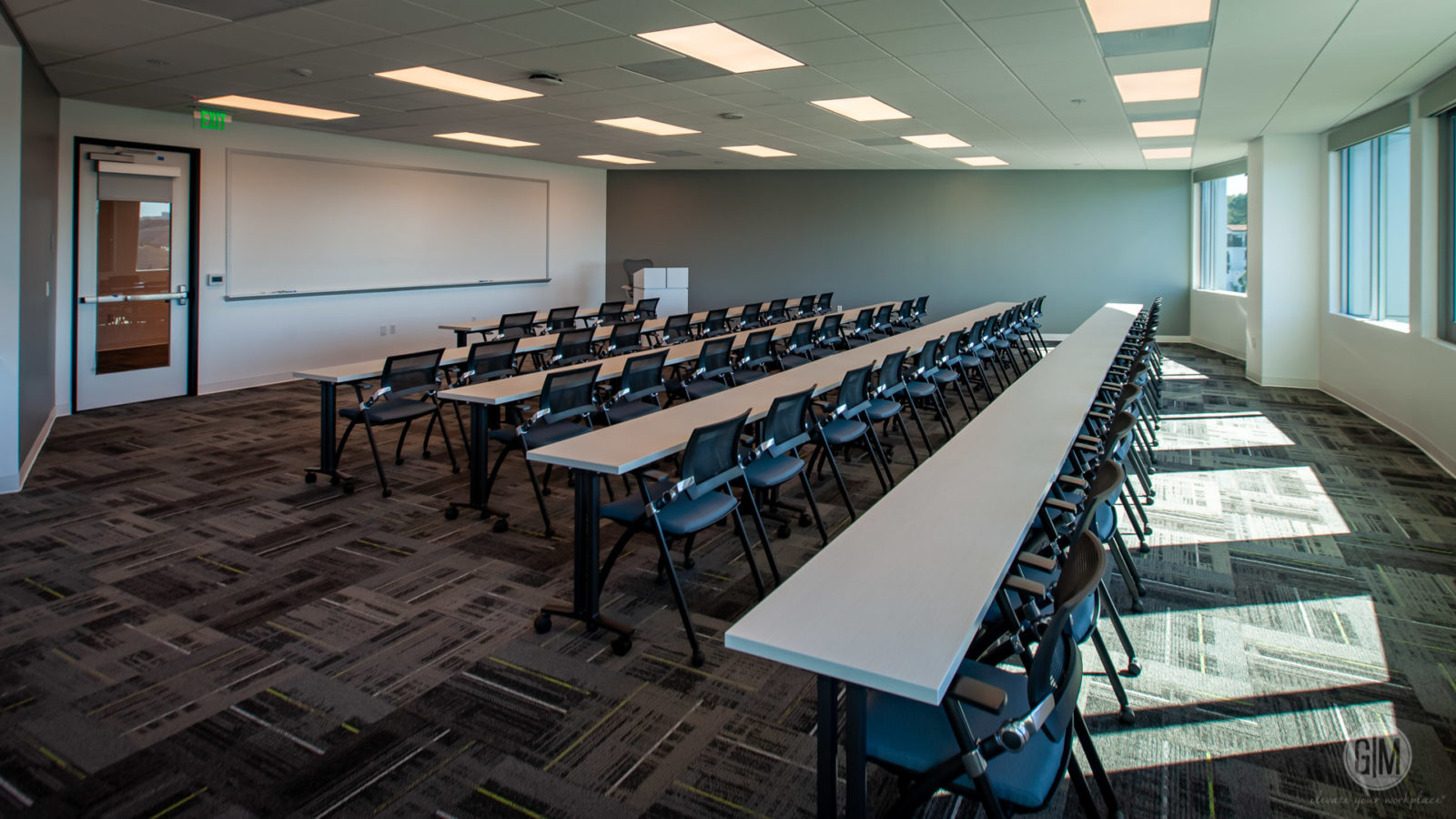 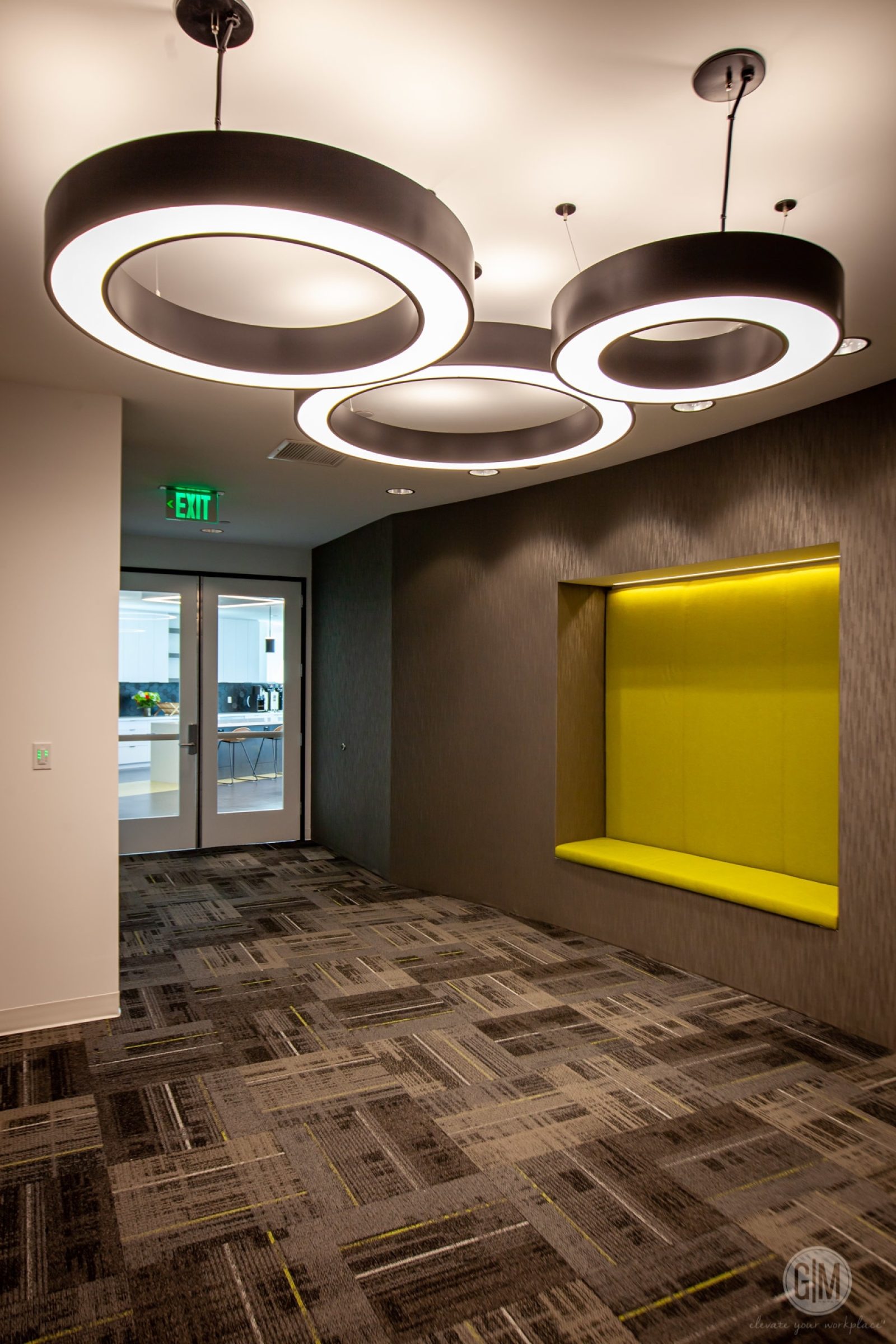 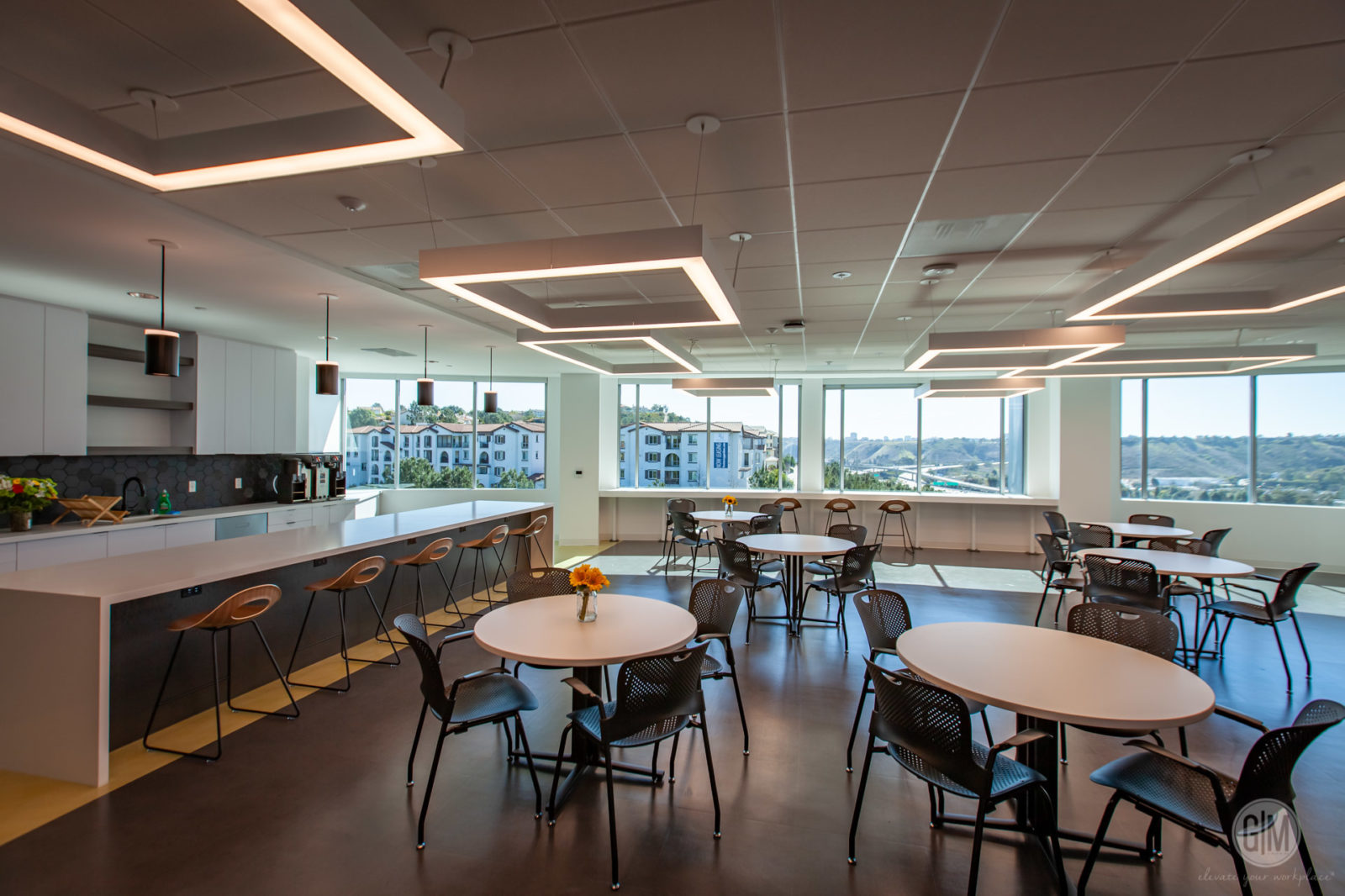 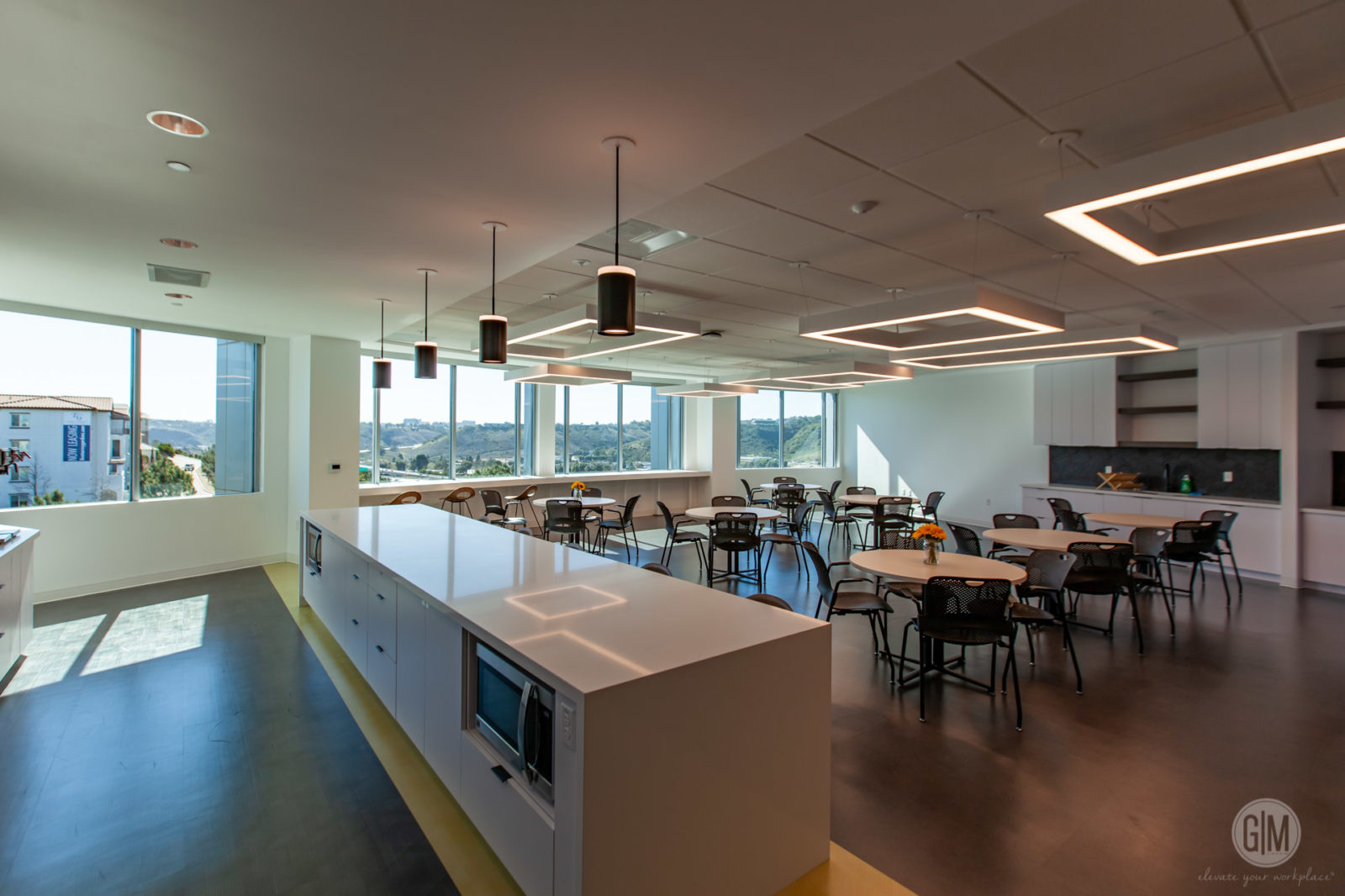 G|M Business Interiors partnered with a+d firm Studio Varone Architecture in building out the third floor of Tandem Diabetes Care’s Vista Sorrento office. While they were already occupying the first and second floors of this building, this 25,000+ square-foot third floor was an addition to account for recent growth.

This project features 94 workstations, four meeting rooms, a board room, a training room and a break room. Studio Varone Architecture brought in some fresh ideas to help create a light and bright feel all throughout the space.

“Since Tandem Diabetes Care was occupying the entire 3rdfloor, we were able to remove most of the interior partitions that had originally divided the floor into separate suites for different tenants, “ said Sasha Varone, Principal at Studio Varone Architecture. “This expanded the views across the building and maximized the natural light throughout the space. We decided to keep the base building materials neutral, as a backdrop to the ocean views, but were excited by the opportunity to work with GMBI to incorporate some bright, yet nature inspired colors, into the workstations, meeting rooms, and accent pieces, which energize the space.”

When designing this space, there were two key elements that Tandem Diabetes Care wanted to incorporate: color and privacy. While they traditionally operate off of an open-floor plan, they wanted to integrate some quiet areas for private phone calls or conversations. They tested out a Framery phone booth on the second floor and were pleased with how well it was received so they added two additional Framery units on the third floor. Yellow accents can also be seen all throughout the workspace.

“One of the exciting things about this project was that they wanted to add some color to liven up the space.” said Account Executive Darrin Heying. “You can see that we incorporated some pops of yellow, teal and green throughout—which is different than what we have done for them in the past, and they were very happy with how it turned out. ”

Let us help you design your new workplace today!